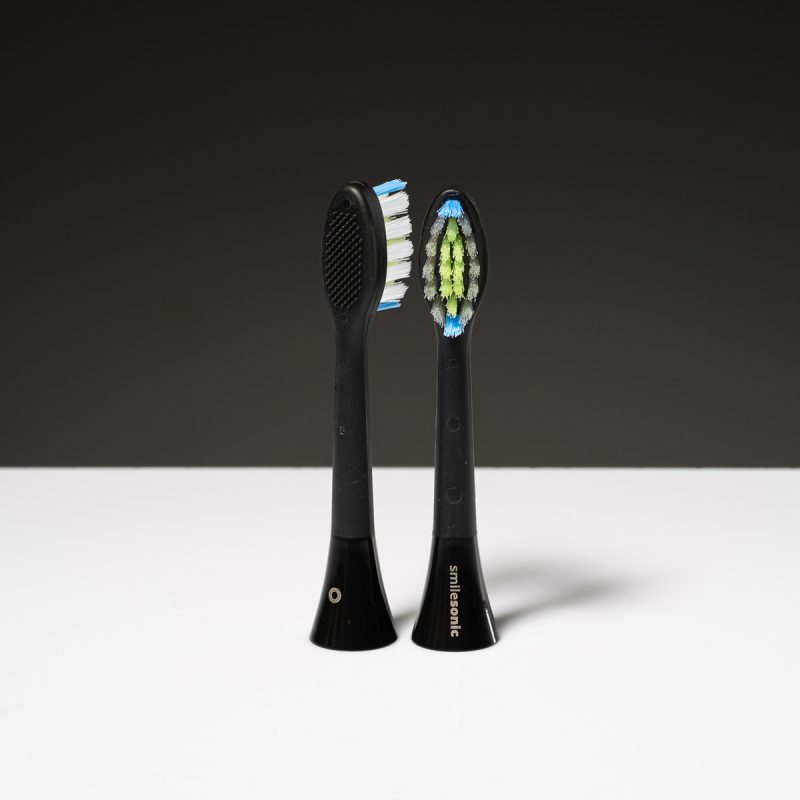 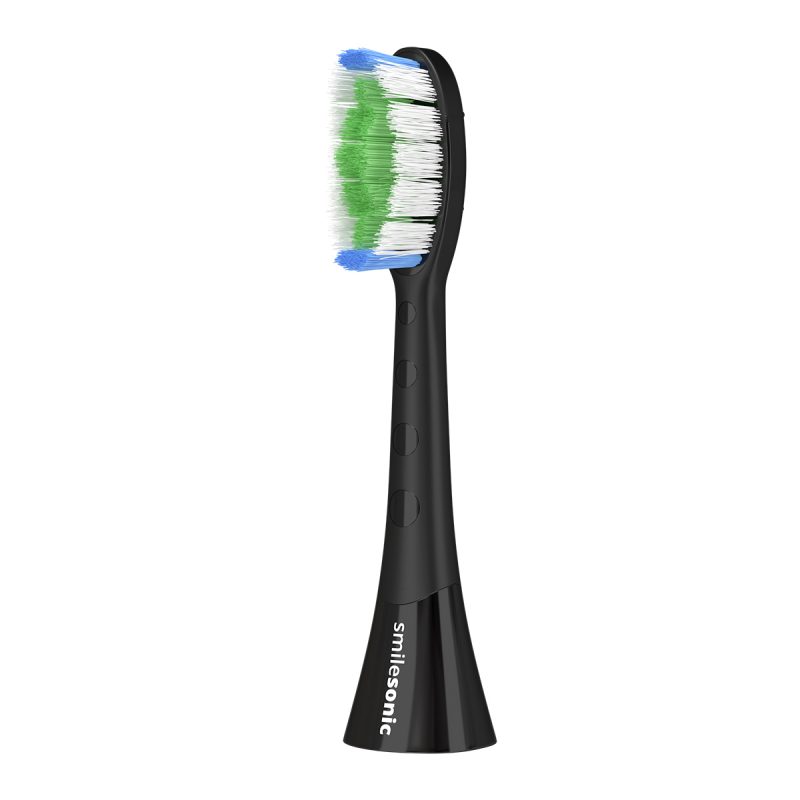 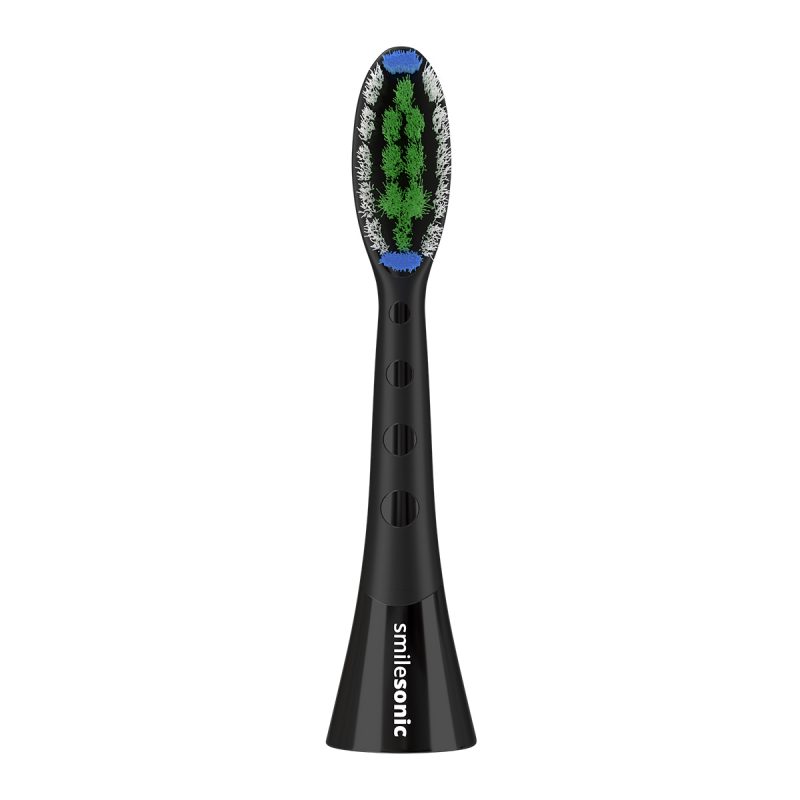 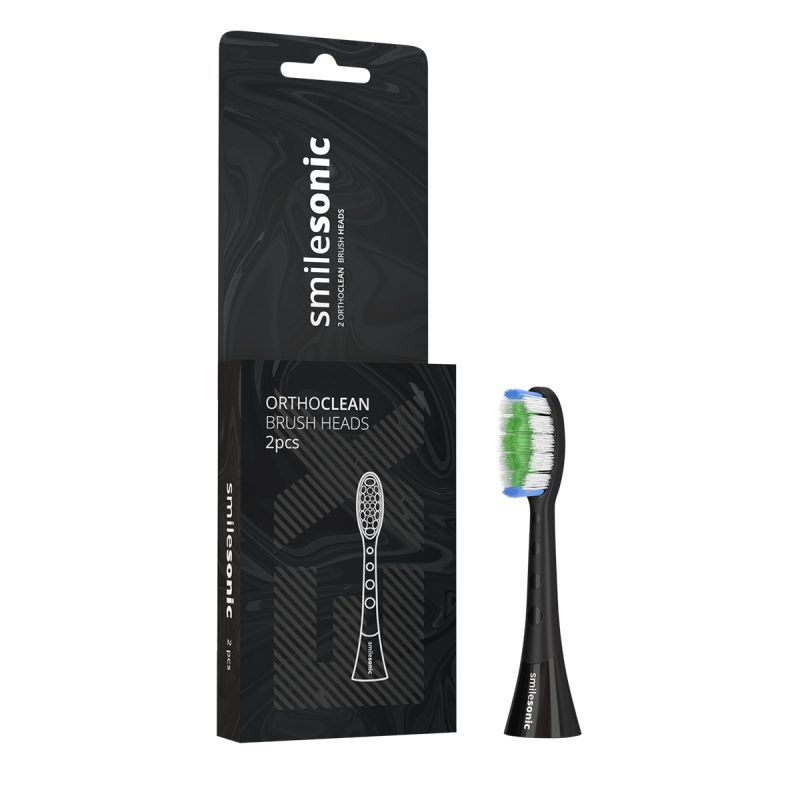 The OrthoClean heads are characterised by elongated, medium-stiff bristles that allow for the thorough cleaning of orthodontic braces, bridges, prostheses and all areas of the oral cavity that are difficult to access. Thanks to these heads you will be able to clean those areas that are beyond the reach of traditional toothbrushes. The OrthoClean heads are equipped with a bristle wear indicator, thanks to which we always know the right time to replace the head. The heads are designed for Smilesonic UP, Smilesonic EX and Smilesonic GO.

OrthoClean heads are an ideal solution for all users of orthodontic braces, bridges, implants and other prosthetic fillings. As they are effective at cleaning areas that are difficult to access, they are great for people who do not like flossing. Thanks to their carefully designed bristles, they effectively and non-invasively remove bacteria from even the most problematic places in the oral cavity.

The carefully designed DuPont bristles allow OrthoClean heads to remove sediments from places that were previously available only to flossing or irrigation. Thanks to the longer-than-standard bristles, the cleaning head is effective at eliminating material accumulating on the elements of orthodontic braces, bridges and prostheses without negatively affecting their structure. Thanks to its precision, OrthoClean ensures full comfort of brushing.

The head monitors its own expiry date

Staying on track of the three-month expiry date of the head is annoying to you? You no longer have to think about that! The OrthoClean head is equipped with an indicator of bristle wear. The feature is very simple: the bristles change colour with progressing wear, indicating the time when it is important to replace the head. However, it is imperative to replace the head earlier if the bristles are deformed or if any other damage to them is observed. The same action has to be performed after recovering from an illness, such as a cold or influenza.

Easily distinguish your head from other heads

Each OrthoClean head is labelled with a special symbol (a circle or a triangle), allowing for easy differentiation between similar heads. This solution facilitates the use of the Smilesonic toothbrush by multiple people.

There are no reviews yet.

Show reviews in all languages (2)

Be the first to review “OrthoClean brush heads” Cancel reply